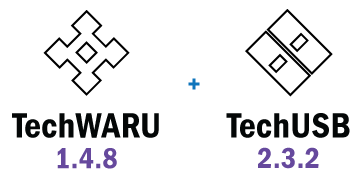 What’s New in This Release
With unflagging determination and a fiery passion bordering on religious fanaticism, Garrett has released more of that good ol’ TechWARU for you. Erik is also on fire, pumpin’ out the jams with a new version of TechUSB. This release is heavy on the bug fixes, but don’t worry, there are still a few new features that are killer.

We’d love to hear your feedback! Come talk to us on the Forums or feel free to get in touch with us via email: support@repairtechsolutions.com